Home Our story of care timeline

Our story of care timeline

From 1668, the birth of Thomas Coram, to the work we do today, discover the story of care.

We explore how care has changed and evolved through the years in the UK, and the development of the Foundling Hospital, now known as Coram.
While the laws and acts mentioned in the early timeline mainly apply to the UK from the 20th century onwards many laws referred to include only England and Wales, or England.
We recommend referring to the primary legislation and subsequent amendments for more detail.

Do you have a missing piece of the story of care? Get in touch so we can add it to our timeline. 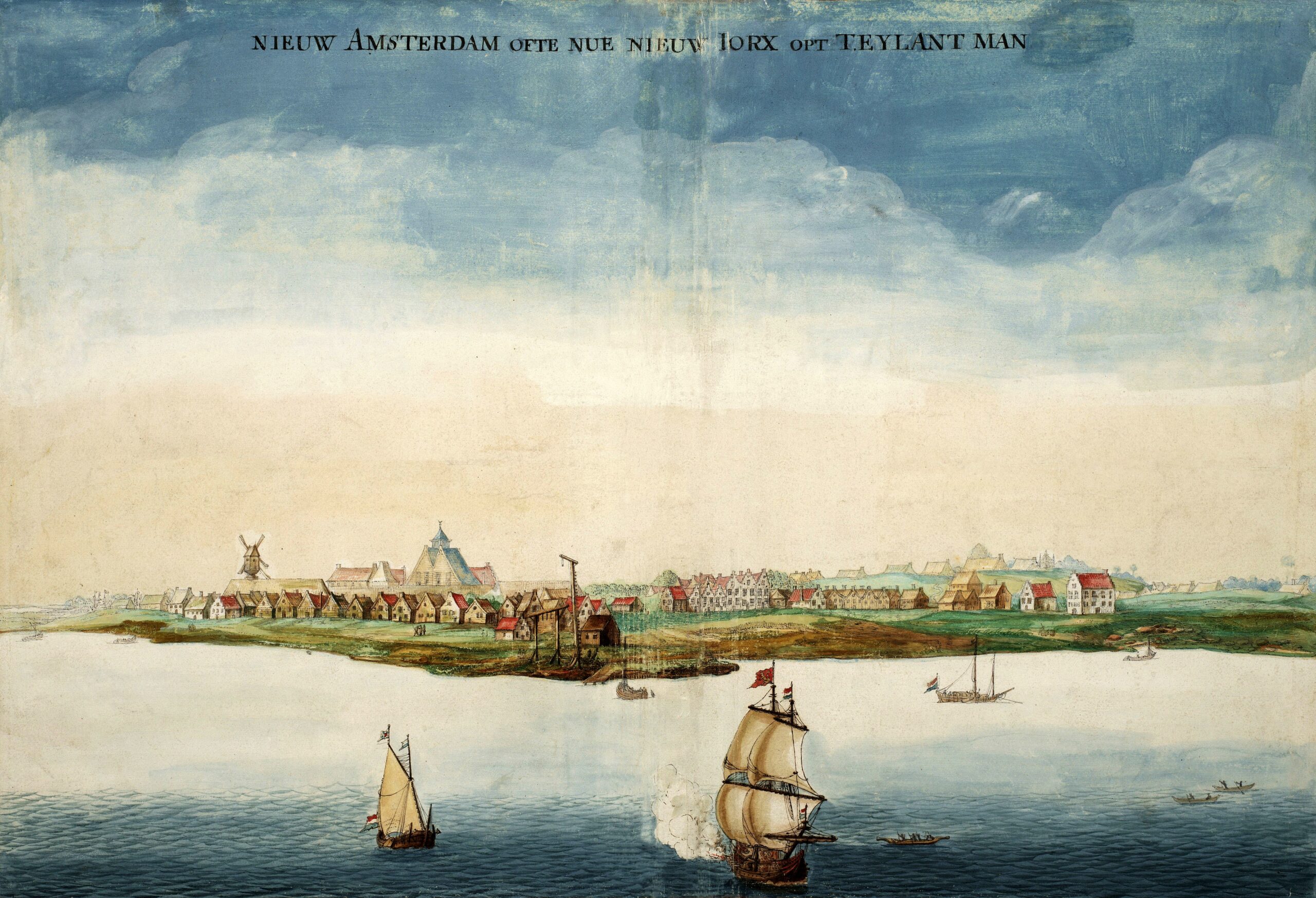 Thomas Coram settles in Dighton, Massachusetts, after spending time in Boston. He lives there for ten years, founding a shipyard.
Find out more about Thomas Coram’s time in America
Thomas Coram marries Eunice Waite
Letters show that Thomas and Eunice Waite, the daughter of an established Boston family, are happily married. The couple never have children.
Thomas Coram returns to England
Thomas Coram returns to England with his wife Eunice.
Find out more about Thomas Coram
Thomas Coram sails on the Seaflower, in charge of its cargo
The ship is plundered when it runs aground on the River Elbe. This is the end of Coram’s seafaring activities and likely, his travels abroad.
Find out more about Thomas Coram
South Sea Bubble
The South Sea Company is formed in 1711 and grants a monopoly of British trade with S. America and the Pacific Islands. The company collapses in 1720, creating financial scandal. Thomas Coram finds resistance to any further subscriptions to joint stock companies, even charitable ones.
The campaign to create the Foundling Hospital begins
Abandoned children are left to die on the streets of London, reflecting society's views about illegitimacy and perceived immoral behaviour.  Thomas Coram wants better provision for these babies, and a second chance for their mothers. He begins his 17-year campaign for a Foundling Hospital.
‘Ladies of distinction’ sign Foundling Hospital petition
After years of campaigning for a royal charter to create a Foundling Hospital, a breakthrough comes with the 1729 ’ladies petition’ supporting the campaign signed by ladies of ‘quality and distinction’, all with links to royalty.
Find out more about the ladies of distinction
The Hat Act
This act, which Thomas Coram campaigns for, is introduced to provide support for British hatmakers. Hat makers and suppliers were able to expand their market, previously monopolised by the cross Atlantic trade.
Arthur Onslow gives Thomas Coram a prayer book 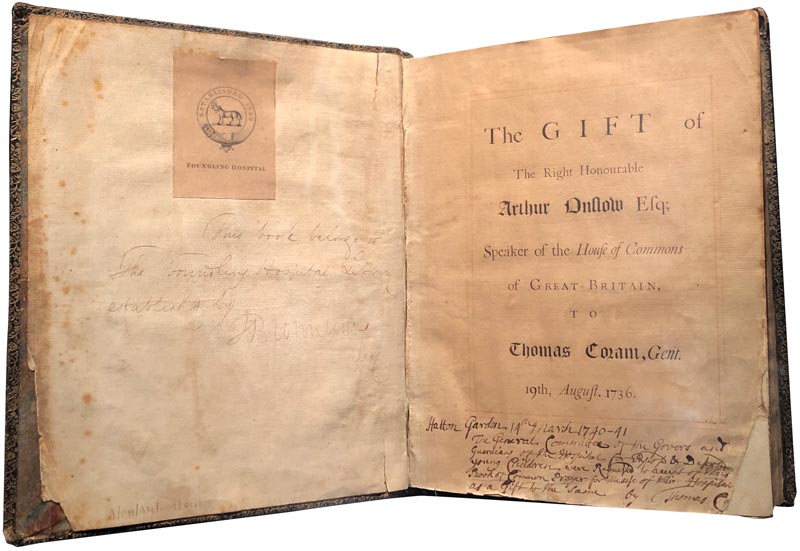 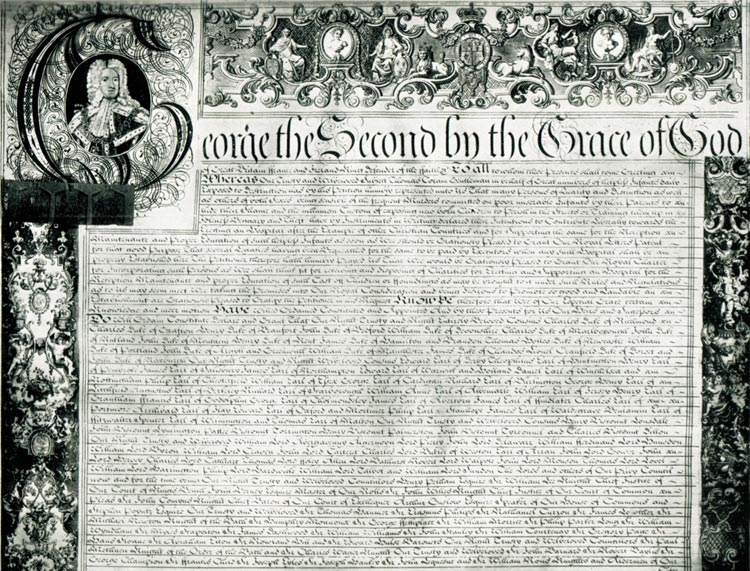 Thomas Coram receives the Charter from King George II on 17 October, commanding that the Foundling Hospital be built.
Find out more about the creation of the Foundling Hospital
Foundling Hospital site found in the ‘free air’ of Coram’s Fields
It is felt children should have space and open air so they are fit for ’laborious employment’. Land is found just outside London ‘in healthy and free air’, ‘at an equal distance from the extremes of ye Town' and ‘affording excellent water’.
Hogarth donates a portrait of Thomas Coram to the Hospital 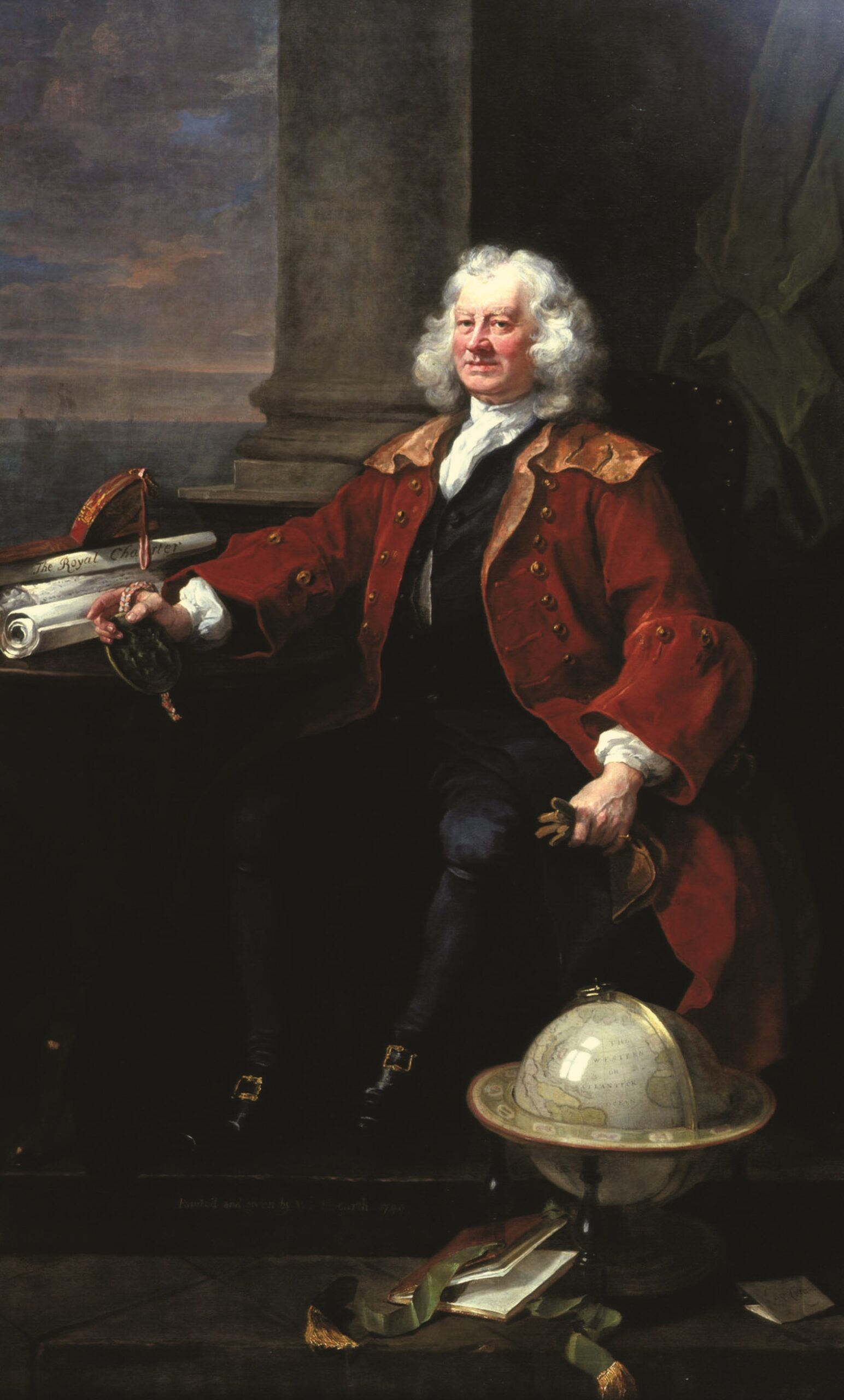 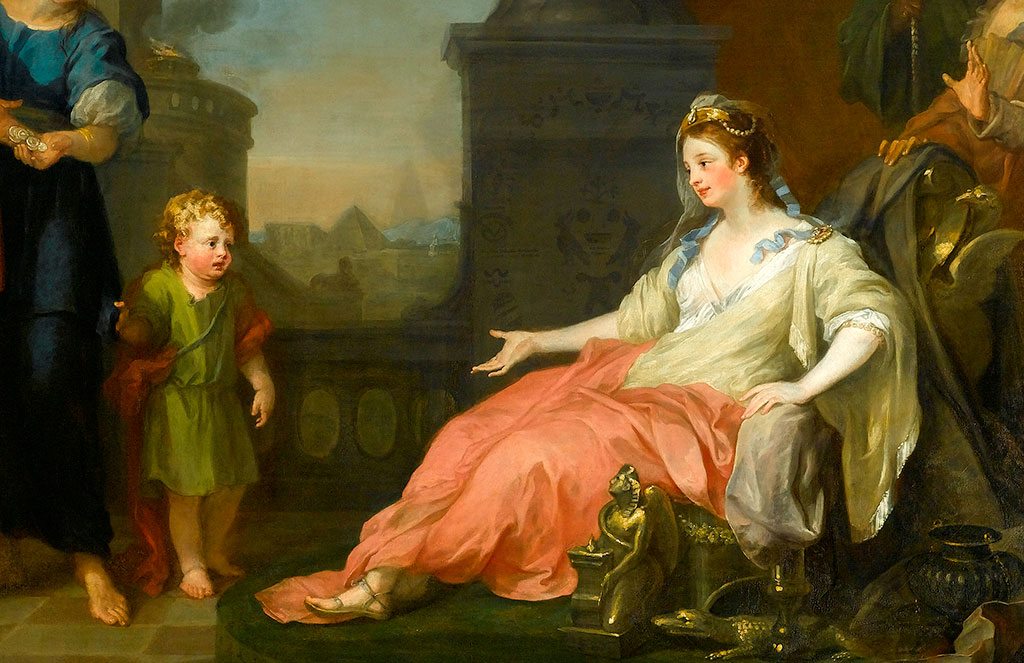 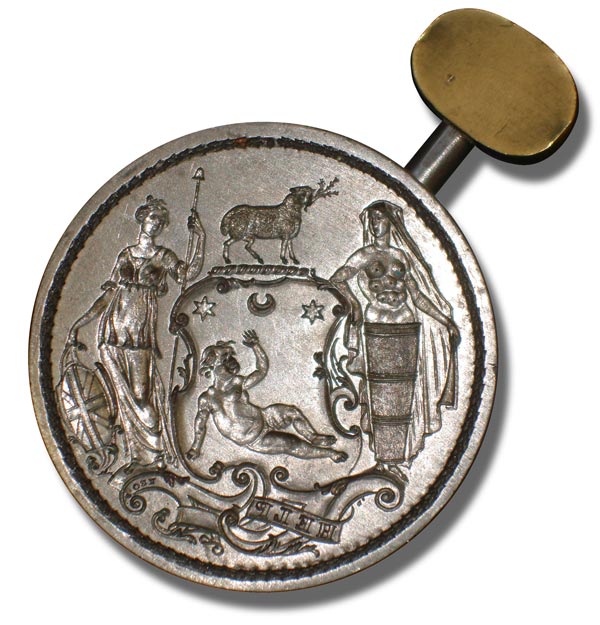 It is used on the seal of the Foundling Hospital, and on the tickets for the first concert held at the Hospital by Handel in 1749. It shows a naked child, flanked by two women. It also includes a lamb holding a sprig of thyme.
Find out more about William Hogarth
Portrait of Dr Mead by Allan Ramsay 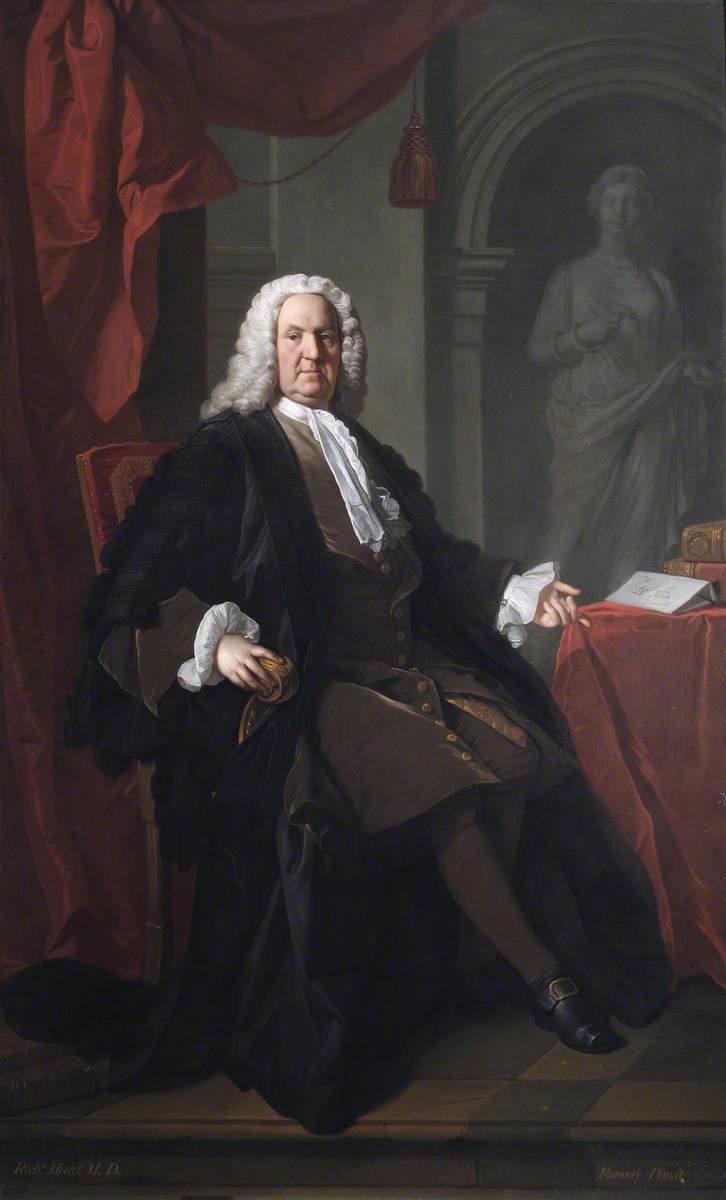 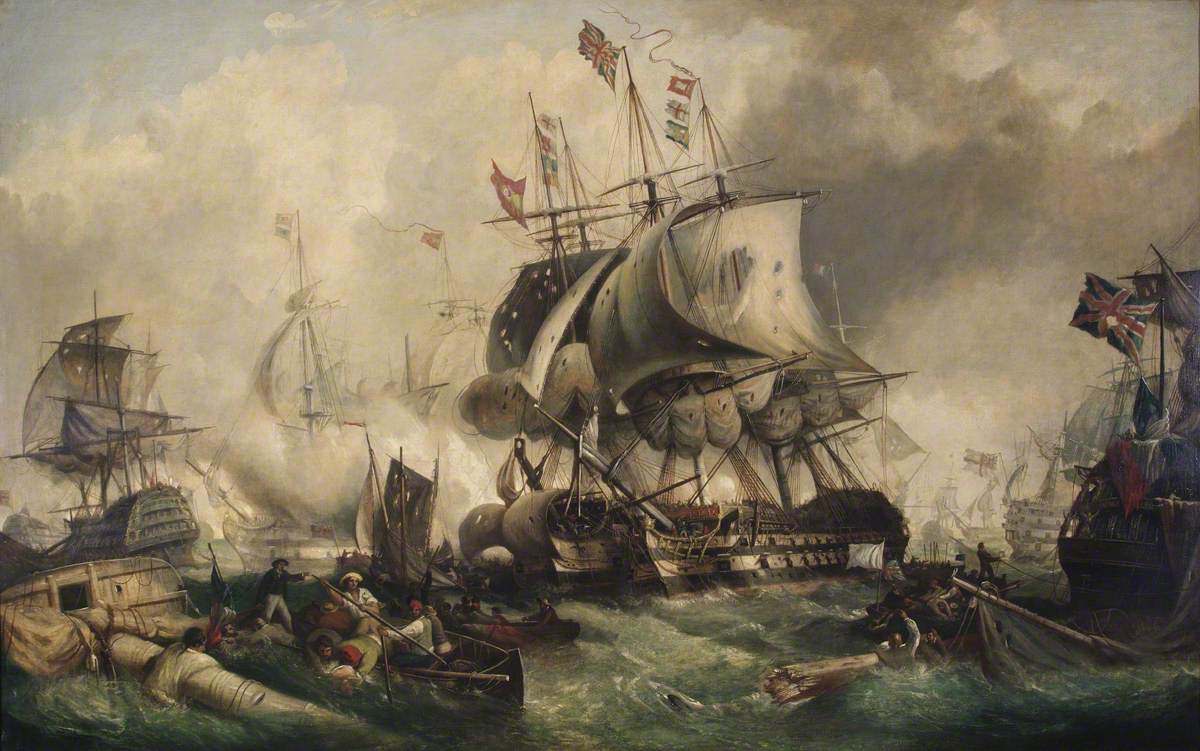 The painting was presented by Sir Frederick Perkins to the Foundling Hospital in 1848. The ships in the painting include 'Victory', 'Redoubtable', 'Temeraire', 'Santissima', 'Trinidad' and 'Royal Sovereign'. Photo credit: Coram in the care of the Foundling Museum.
First act for protection of care leavers
'Act for the Better Protection of Persons under the Care and Control of Others as Apprentices or Servants and to enable Guardians and Overseers to Institute and Conduct Prosecutions on their Behalf' is the first legislation designed to provide some protection for care leavers.
Vaccine act
Vaccination of infants against smallpox is made compulsory, 109 years after it was first introduced in the Foundling Hospital.
Charles Dickens writes ‘Received, a Blank Child’
This article, published in Household Words, outlines the history and the methods of the Foundling Hospital.
Read Ambassador Julian's response to the article
Education of Poor Children Act

Boards of Poor Law Guardians are granted powers to pay for the schooling of outdoor pauper children between four and 16 years old, although it is not mandatory to provide it.
First instalment of Little Dorrit published 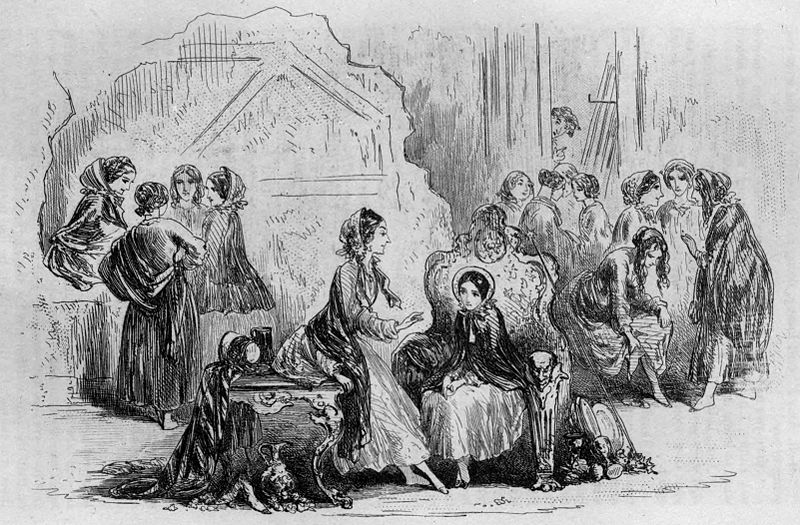 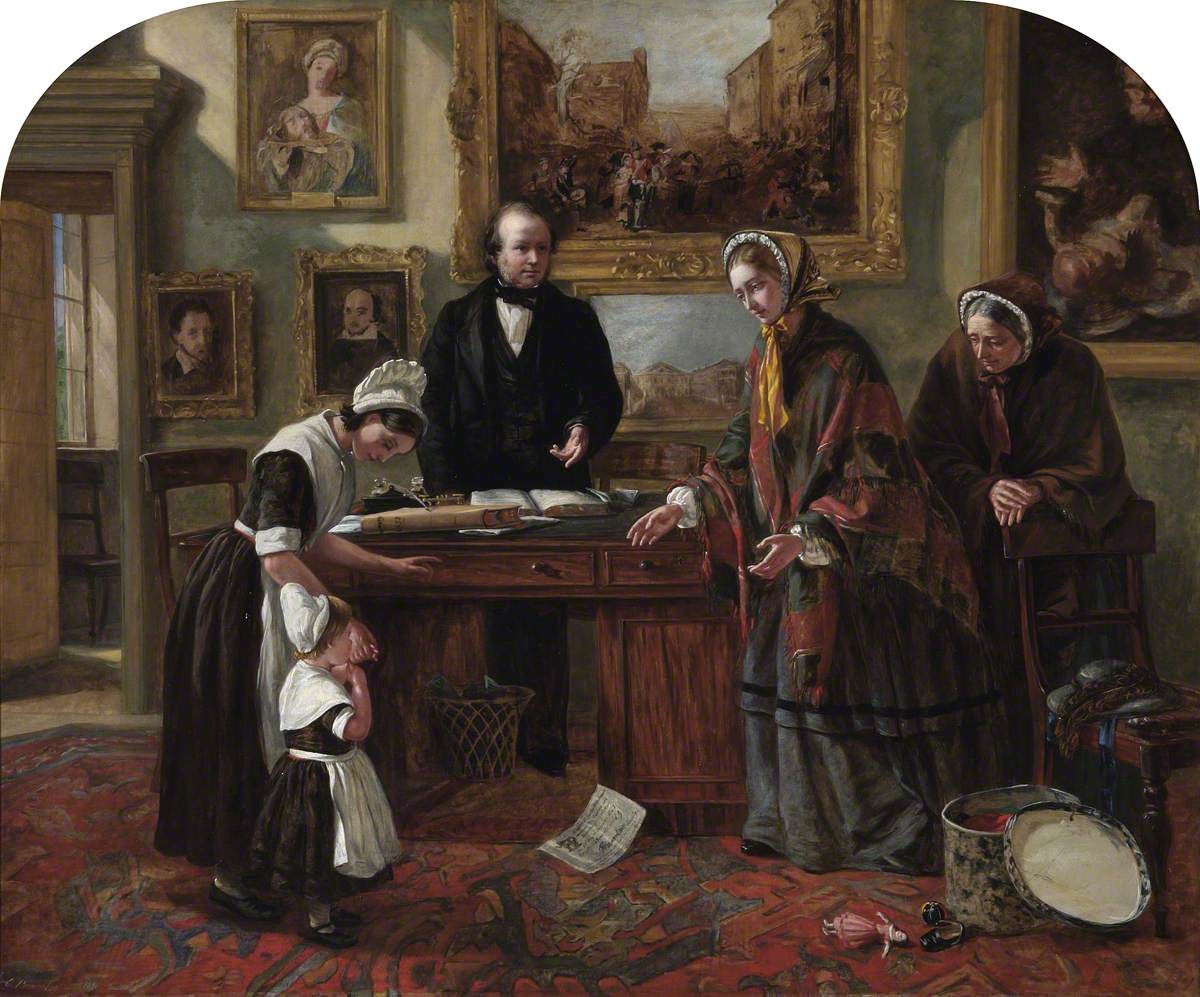 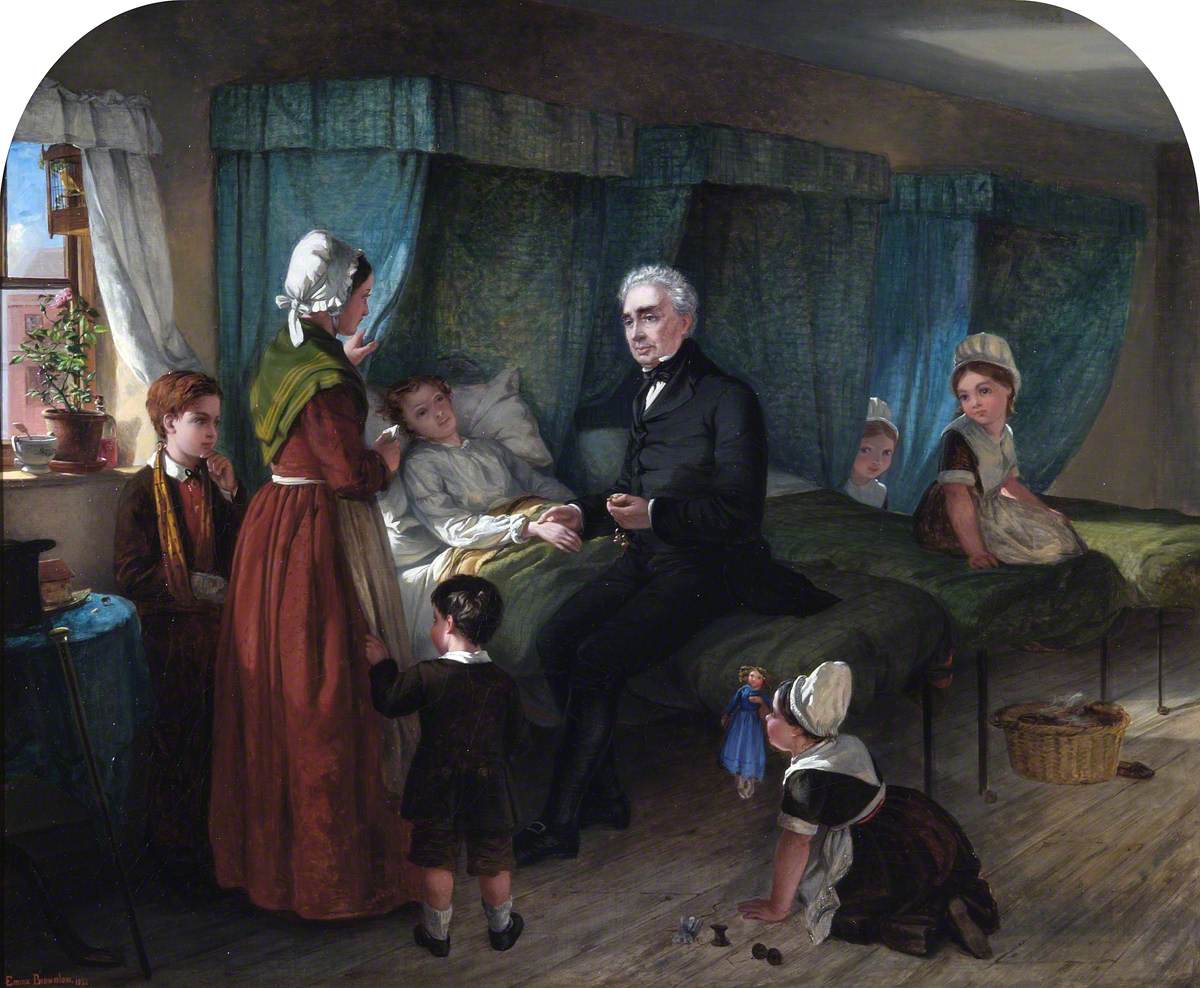 The artist donates The Sick Room to the Foundling Hospital. Child and infant deaths were common in Britain until the 20th century, and were popular themes in art and literature. Photo credit: Coram in the care of the Foundling Museum.
Report on the Inferiority of Workhouse Dietaries
Edward Smith releases 20th Annual Report of the Poor Law Board. His pioneering research into the diets of poor people shows the links between nutrition and health. He advised the Government and was Medical Officer to the Poor-Law Board.
Charles Dickens and Wilkie Collins write the play ‘No Thoroughfare’
In the play, the character Walter Wilding grows up in the Foundling Hospital.
Find out more about Coram and literature
‘Children of the State: the Training of Juvenile Paupers’ published
Florence Davenport Hill publishes this influential text. Hill argues that workhouses create dependency and are the worst option for pauper children. Her book gives examples of successful alternatives, especially fostering, and for education and training outside the workhouse.
Emma Brownlow King donates Taking Leave 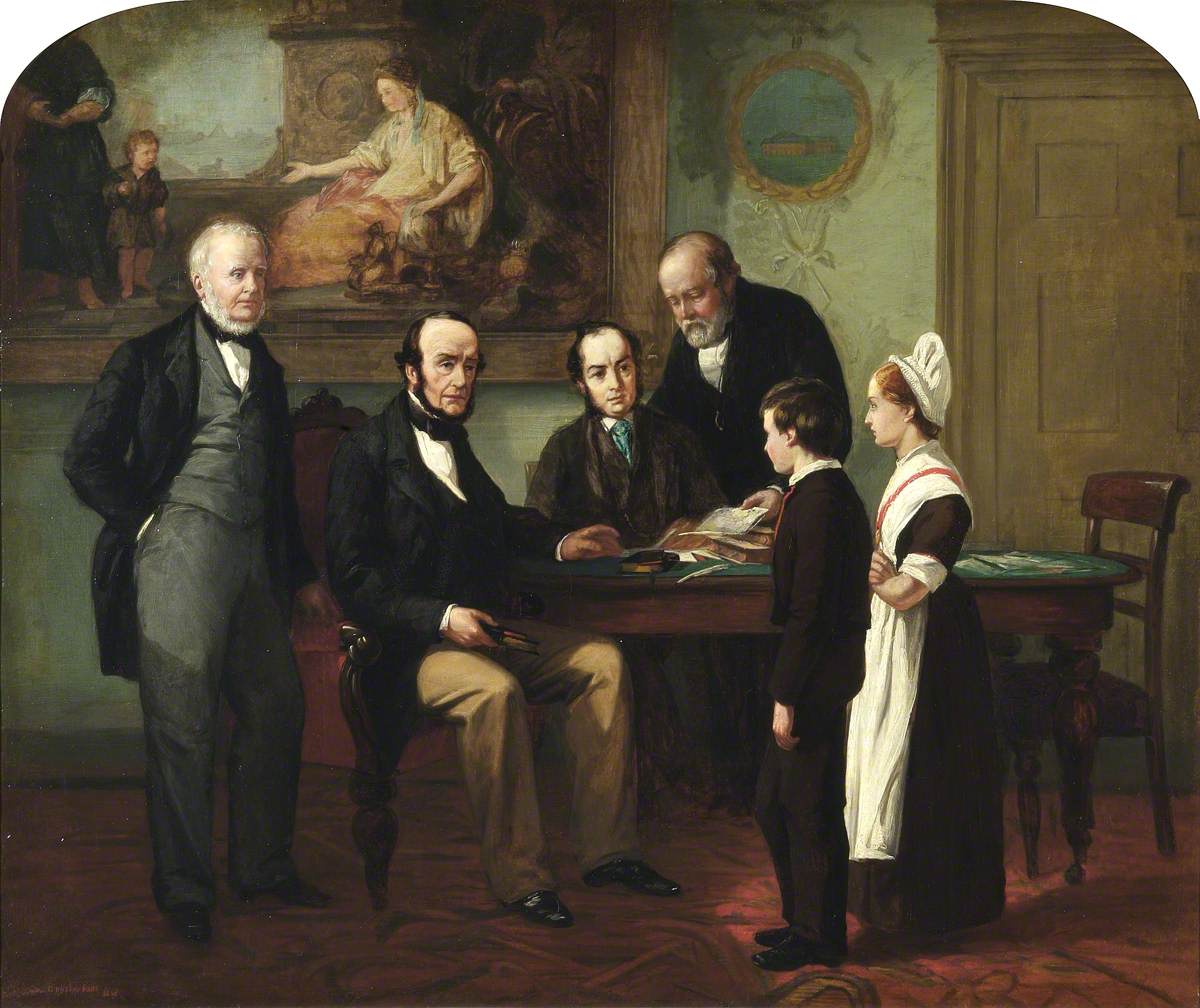 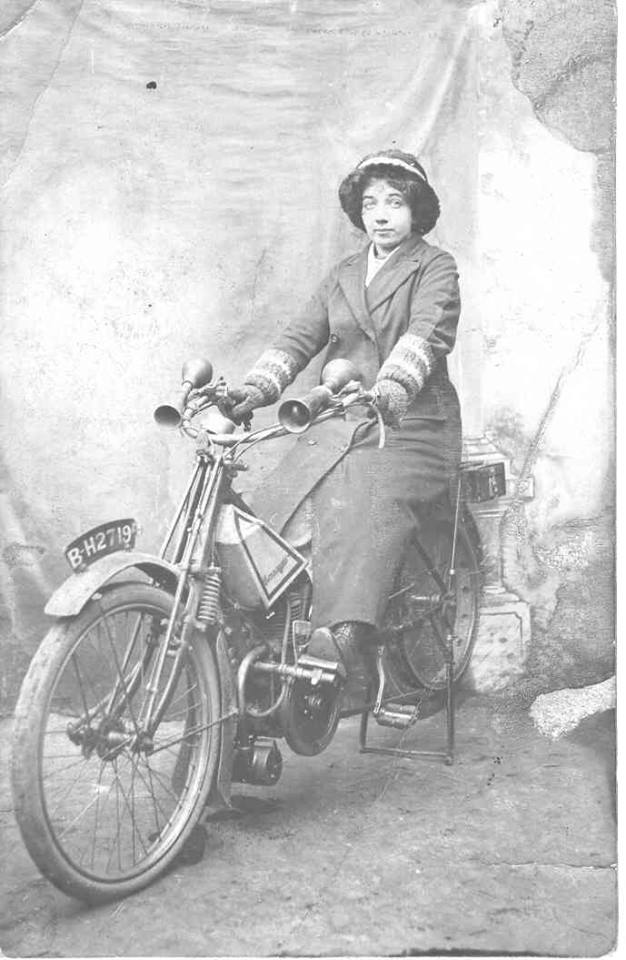 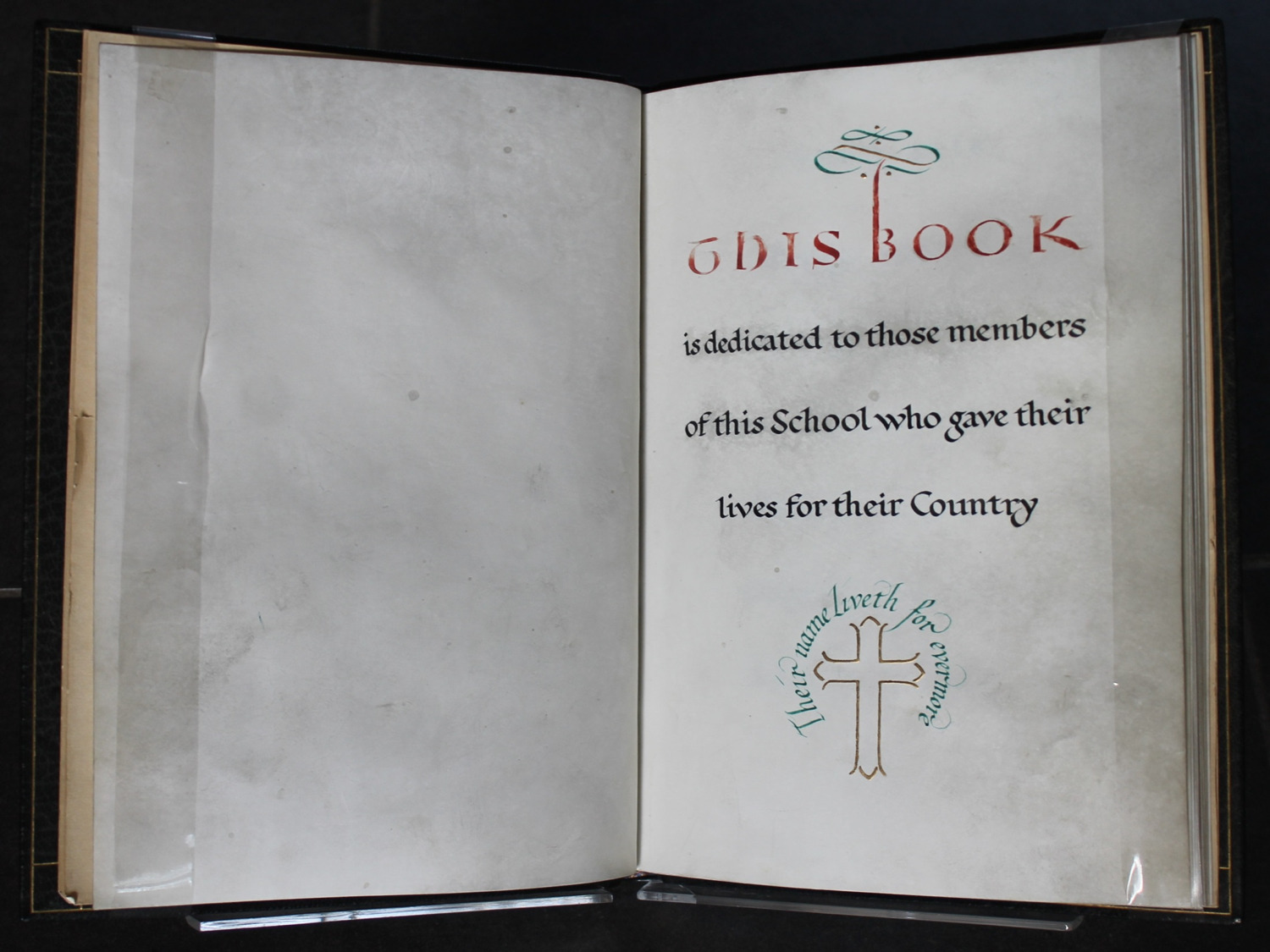 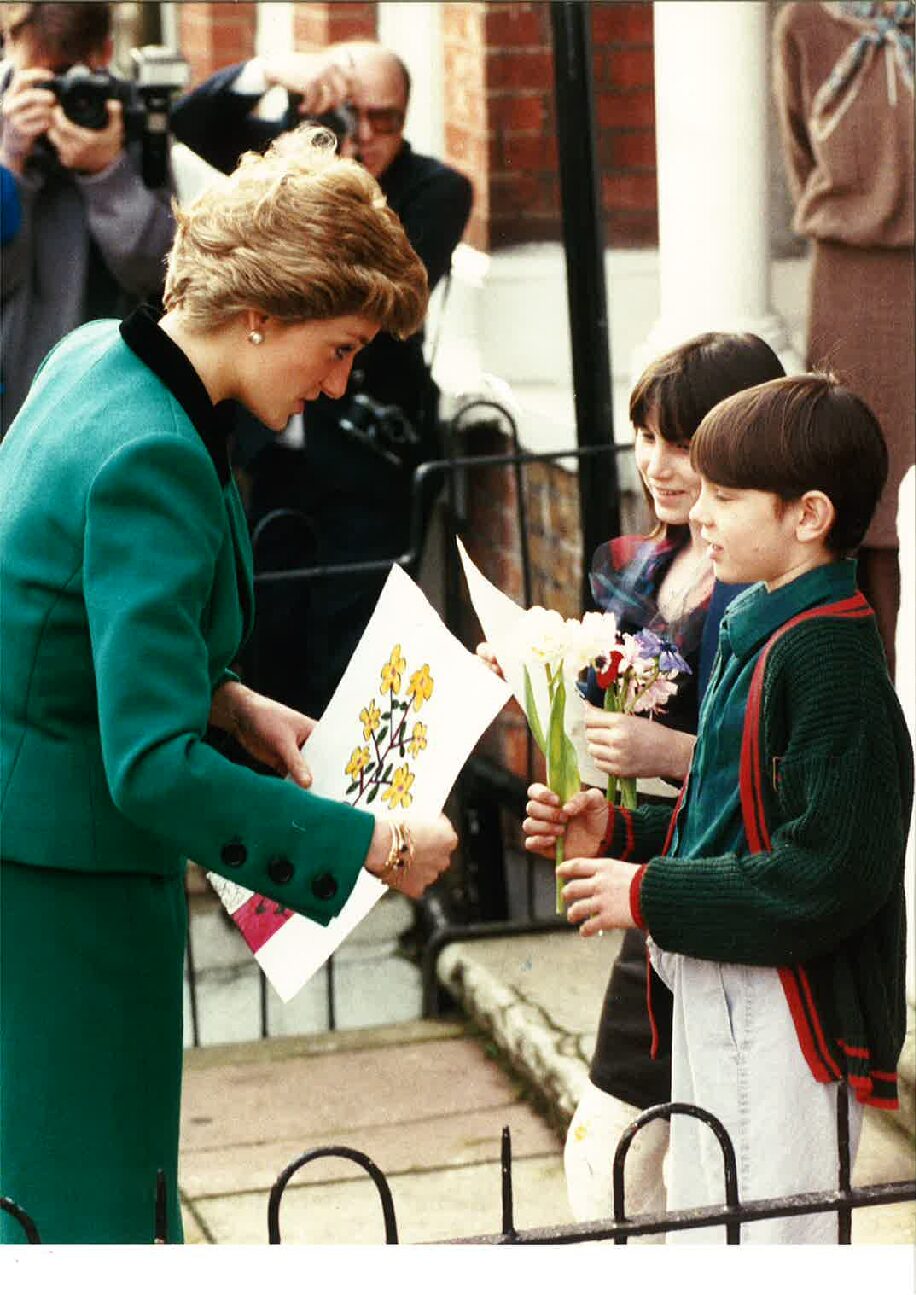 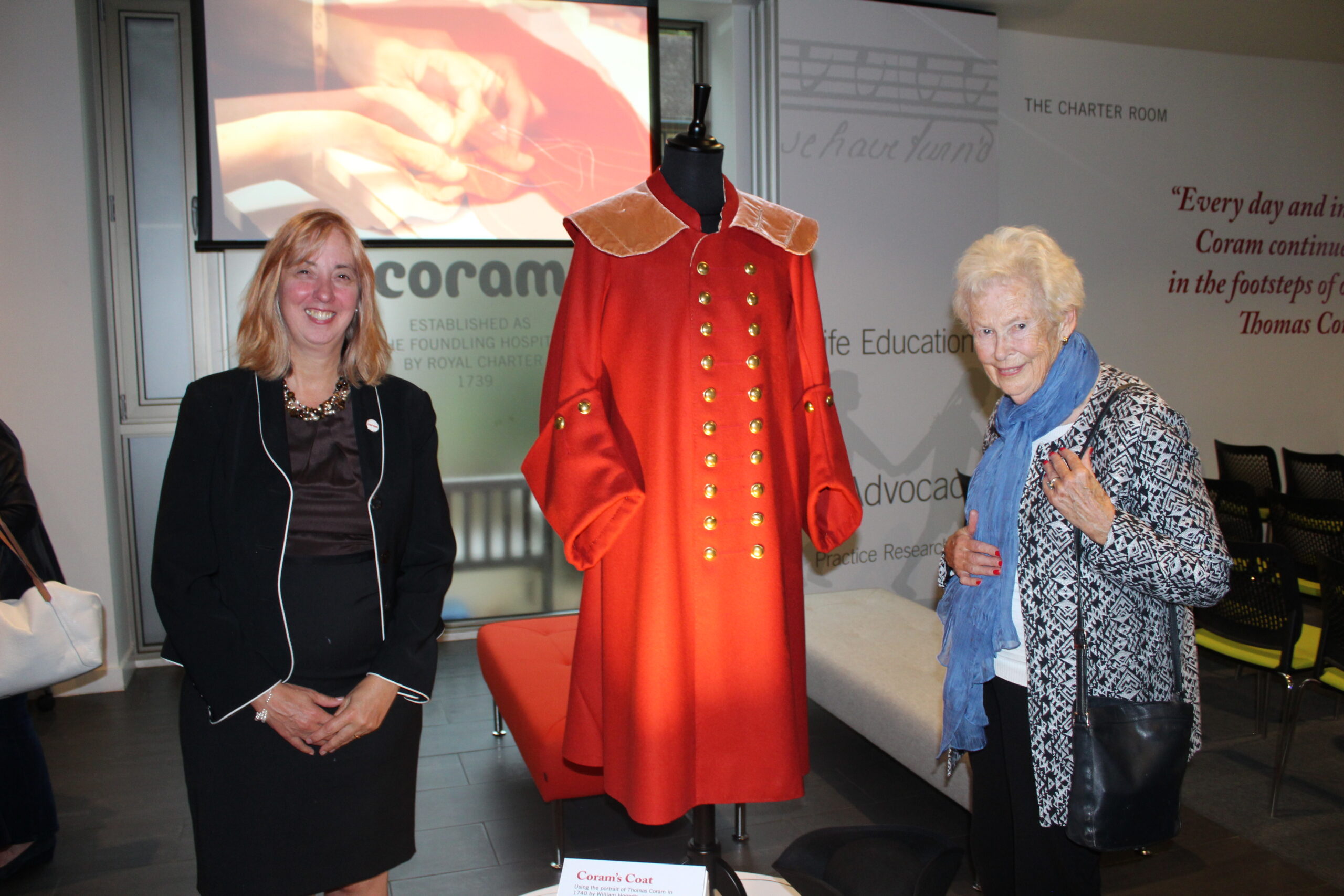 Gillian becomes the first woman Chair. She wrote 'Thomas Coram, Gent' which has been described as ‘a much-needed biography of this early pioneer of children’s charity.’ In 1995 she is created a Dame Commander of the British Empire for her services to social administration.
Coram HIV project
Coram develops new models of substitute family care for children who have one or both parents who have HIV/AIDS.
Tony Blair launches Sure Start
The Prime Minister launches this government initiative at the Coram campus. It aims to give children under four ‘the best possible start in life’ through improvement of childcare, early education, health and family support, with an emphasis on outreach and community development.
Fostering New Links starts
Coram sets up Fostering New Links, providing home-based therapeutic care for young people 11-16 who might otherwise be placed in secure accommodation.
First Handel Birthday Concert
The first of the modern Handel Birthday concerts takes place at Mansion House in 1998 with a performance of Messiah by Neville Marriner and Gerald Finley. The concert takes place annually.
Quality Protects policy initiative begins
This aims to improve outcomes for children and young people in need, and in particular, those looked after by local authorities. One of its key aims is to reduce placement instability for looked after children. The initiative continues until 2003.
Concurrent planning service launched
This finds foster parents who may go on to adopt a child thought to be at risk from birth. It builds on a scheme developed by Coram in the 1960s, aimed at speeding up the process of decision-making for very young children in care.
Climbie Enquiry
The death of Victoria Climbie leads to major reform in child protection. The 2004 Children’s Act establishes new services and frameworks for coordinating services across social work, education, health, and police.
Shakespeare Schools Festival is formed 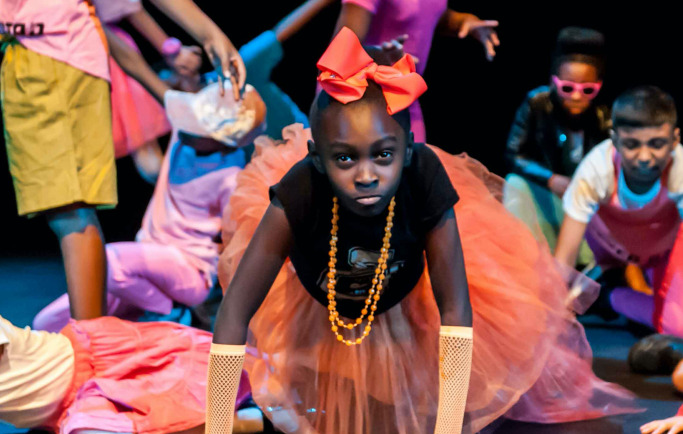 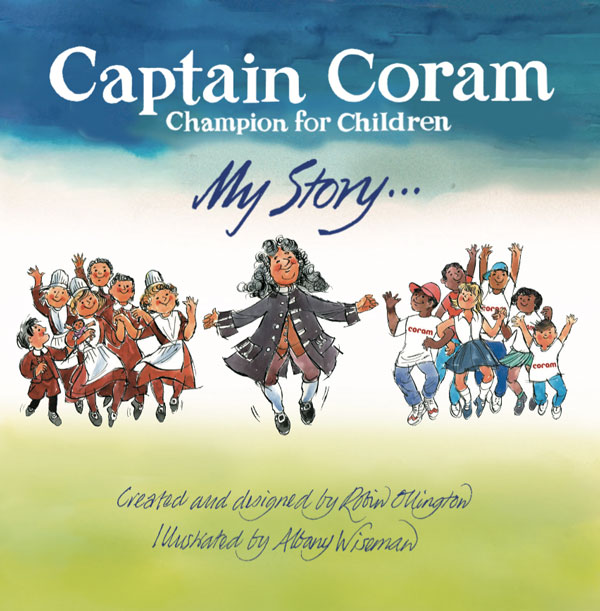 The book, which tells the story of Thomas Coram's life, is published to celebrate the 350th anniversary of his birth.
Find out more about Thomas Coram
Pericles performed at National Theatre
Young people from Coram are part of Public Acts, a huge company of all ages from across London who worked with professional artists to breathe new life into this classic tale in a musical version at the National Theatre.
350th anniversary of the birth of Thomas Coram
HM The Queen opens The Queen Elizabeth II Centre and meets 102-year-old former Foundling Hospital pupil Edward Newton.
Coram’s ‘Call for Change’ published
To mark the 30th anniversary of UK signatory to UN Convention on the Rights of the Child, Coram publishes the Call for Change, an action plan for children and young people.
21st Handel Birthday Concert
This featured the Band of the Scots Guards and the story of the bandsmen.
First Care Experienced History Month celebrated 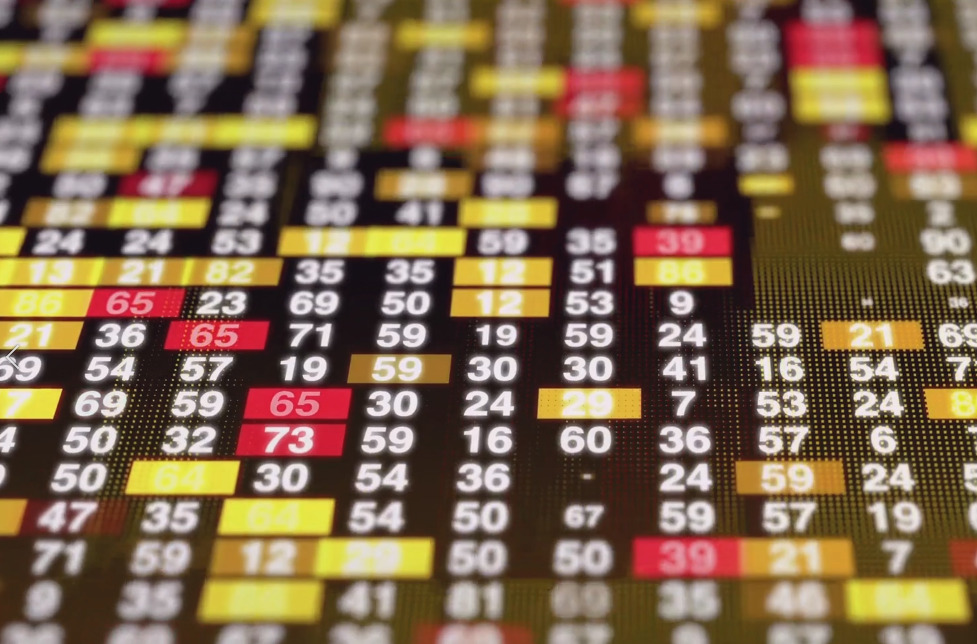 On April 30, 2021, Coram's Story of Care Ambassadors shared pieces of work created in response to archive items that related to them.
Care Experienced History Month