Gran’s story: The life of a Coram foster mother

To celebrate Foster Care Fortnight from 9-22 May, volunteer transcriber Hilary looks into the fascinating history of her mother’s Foundling foster mother – Elizabeth Bailey.

Being a lover of social history, I have often raised the question in my own mind – how far can I reach back and touch many years beyond my own 67?

At the outbreak of World War II in 1939, Mum was just old enough to do her bit for the war effort and went to work in a spark plug factory near Wimbledon Common. By this time, her foster mother had moved to Eastbourne to live with her daughter and son-in-law. Mum and her foster mother must have bonded well in her early years for she applied to leave London and live once again with the only family she had known.

I loved growing up in Eastbourne and with such close ties to Mum’s family I knew and loved Mum’s foster mother who was known to me as “Gran”. Sadly, she died aged 87, when I was only 10 years old, and not wholly aware of her relationship to Mum.

Elizabeth’s granddaughter Mary wrote a short history of Gran’s life which included names and birth dates of a possible 11 Foundlings. It is from this record and research carried out by a great friend and history buff that I have been able to piece together the story of a Coram foster mother in the early 20th century.

Becoming a volunteer transcriber of the Foundling Hospital records has made me aware that each Foundling has a story – a voice to resonate to today, and touch our own lives. Gran was someone I knew personally and therefore I can reach back to a time, alive beyond the pages of a history book, to tell her story. 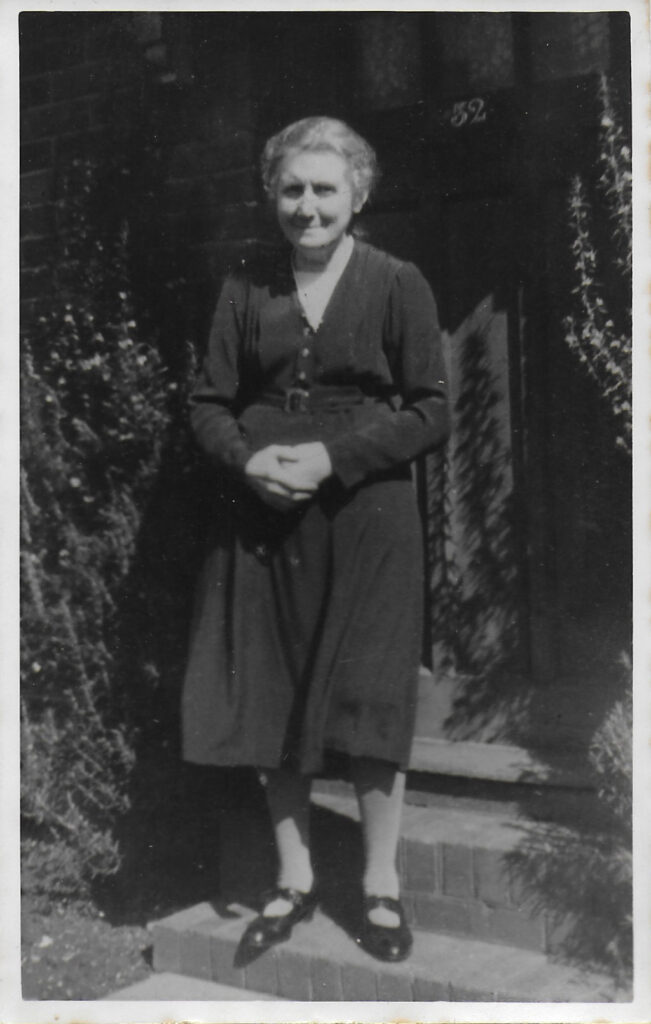 ‘Gran’ Elizabeth Bostock was born in the small village of Sherbourne, Warwickshire on 16th July 1877. Her father James Bostock had married her mother Ann Usher in Budbroke, Warwickshire in 1859, witnessed by one William Shakespeare! James was an agricultural labourer from a young age, most probably at Church Farm in Sherbourne. In 1903, he was awarded £2 by Warwickshire Agricultural Society for over 48 years continual service to a particular farm or farmer. He died in 1906, aged 75 years. Her mother Ann died aged 93 years in 1927.

Elizabeth was the youngest of eight children – one boy followed by seven girls. She grew up and went to school in Sherbourne, Warwickshire. At the age of 14 years, it is believed that she left school to take up employment in service at the nearby Sherbourne House.

The next stage of her life took Elizabeth to Hadlow, Kent, where on the 1901 census she is recorded as being a housemaid/domestic in a house, North Frith. There resided a Provision Merchant, with three daughters and one son, cook, governess and four other domestic servants.

On the same census was recorded a George William Bailey – a widower aged 31 years and living nearby with his father’s sister Barbara and George Jenner. George was born in Hadlow, Kent in 1870. In 1888, aged 18 he joined the army and enlisted in the East Kent regiment – the Buffs. He saw service in India at Peshawar before being part of the campaign to relieve the fort at Chitral, in 1895, for which he was entitled to a medal.

In June 1899, George married his first wife Annie Emma Green in Chiselhurst. Tragically, it was a very short-lived marriage of only 8 months, as she died from meningitis in February 1900. Discharged from the army in August 1901, aged 31 years, George returned to live with the Jenner’s in Hadlow.

In early 1902, he and Elizabeth – now 24 years old – married in Hadlow Parish Church. Born to George and Elizabeth on 11th February 1903 was Henry James (Jim) and on 21st October 1904 Eleanor. Sadly, George died from heart disease and pneumonia in May 1912 aged 42, leaving Elizabeth to raise their two young children on her own and without his income.

It is known that the area of Hadlow had been well sourced for foster homes for Coram Foundlings over the years. The 1911 census tells us that two Foundlings were already living with Elizabeth and George before he died. The income from this and with no other could well have influenced Elizabeth’s decision to continue fostering for over 20 years. The first was a boy called John Ivimey aged 4 years and second, a girl called Eunice Coram aged 3 years.

The next census of 1921 shows that Elizabeth had five Foundlings in her care:

From family records I believe there were another four Foundlings, the last of which was my mother Florence Allbrook. Each of the above – named and unnamed, have their own story to be told one day when details are released and research allowed.

Find out more about Hilary’s support for Coram here.