In November 2020 I started my post as a Digital Imaging Assistant at London Metropolitan Archives (LMA). In this role I capture images of documents and volumes from the Foundling Hospital archive, which is stored and cared for at LMA. The items selected for digitisation by Coram consist of 18th and 19th century documents: letters, petitions, bound volumes, registers and minute books which, once digitised, will be transcribed to provide greater accessibility to the public. 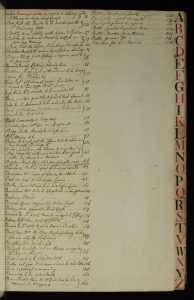 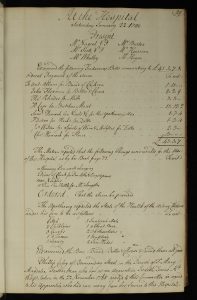 To capture bound volumes, I am using the Atiz BookDrive with BookDrive Capture software. This equipment is new to the Digital Services team at LMA and is being used for the first time during the ‘Voices Through Time: The Story of Care’ project.

The BookDrive is a large V-shaped cradle used to support a volume with a moveable V-shaped transparent screen aligned above, securing the pages with each turn. Mounted either side are two Canon DSLR cameras facing the left and right pages. I use a foot pedal to trigger the shutters and the cameras take photographs one after another. These images are rendered on my computer screen; left and right, allowing me to capture images in half the time it would take if I used a copystand. I then import all RAW image files into ‘Capture One’, a software used to complete the post-production stage: where I rotate, crop and export the files into a format designated by Coram.

I check every image produced against the original volume itself to ensure I haven’t missed a page or a hidden flap, and to confirm that an image hasn’t become corrupt when processing. I rename the image files individually for documents according to the reference code produced by the Conservation team. Paper Conservators at LMA have already treated the items I am capturing, which makes handling them more manageable.

To capture images of letters, I use a copystand with a Canon DSLR camera mounted overhead. Recently I have been digitising petition letters. They vary in size, so adjustments need to be made for each individual item. Switching between the BookDrive and the copystand set-ups means maintaining correlative colour balance and texture. Whilst I am essentially capturing black ink on white paper, the discolouration of these items brings many shades and patterns to the image. The paper type varies and shows wear over time: marks of use, original folds, creases and stains, most obviously when a ribbon has been used to seal a letter and the paper is preserved crisp white underneath. Handwritten documents also denote the author’s writing style, weight of pen and cursive. These personal touches add to the story of the item and how it was used. For example, most petition letters will incorporate a wax seal. These vary greatly and once I have captured them you can clearly see their intricacies.

Working with the archive

I feel fortunate to be handling original documents from the Foundling Hospital archive, having previously volunteered at the Foundling Museum seven years ago. The mass of items has enlightened me to the large-scale work and documentation practice that the Foundling Hospital was undertaking at this time. Working at a fast pace, I don’t have time to read the letters and registers fully, but I am enjoying seeing my images appear on Zooniverse; the platform currently open to volunteers to transcribe the documents. It’s great to know that the work I’m completing is making a direct impact as the documents are uploaded online for the first time and made searchable through transcription. 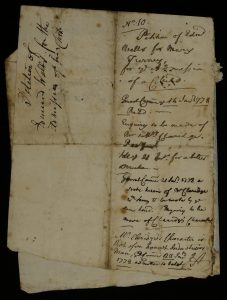 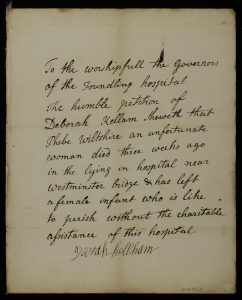 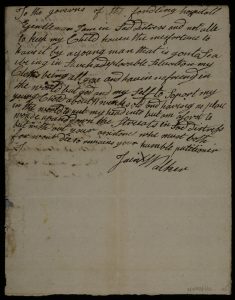 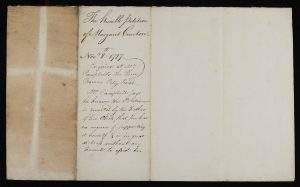 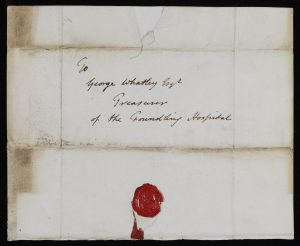 Finding handmade items in the archives